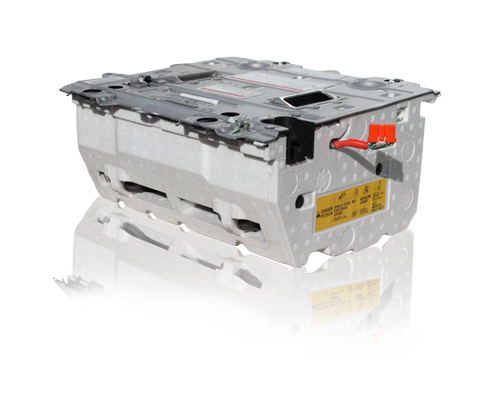 People had faith in the second generation Honda Civic Hybrid battery until the coming of the news of their break down on several fresh models before their expiry date. This caused much tension among Honda users because Honda hybrid battery replacement cost is usually high if your battery is out of warranty.  So, as an alternative, many of them opted for a refurbished battery, a system where the faulty cells are replaced. We are a leading supplier of this kind of reconditioned battery includes one year warranty.

As per reports published, many of the Honda Civic Hybrid batteries failed within the first three years of purchasing. Since its arrival in the market in 2009, the first replacement news was reported in 2013. It was a great blow to its reputation as one of the first models who gave tough competition to the Prius hybrid battery.

However, Honda responded very quickly to the whole civic battery failure problem. Apart from releasing a software patch, it had also extended the battery life of 11 years. Those who had spent money from their pocket by replacing the battery also got an extra limited warranty of three years or 36,000 miles on the new battery replacement.  This warranty coverage has helped many Honda owners to mitigate their loss.

Usually, a hybrid battery lifespan is somewhere between 6 to 10 years. The problem was seen in the 2009 and 2010 Honda models with their batteries which had come with an 8-year warranty, equal to 100,000-mile warranty.

The first and second generations Honda vehicles come between 2003 to 2005 and 2005 to 2011 Civic Hybrids are affected by this. The failure was reportedly higher in the second generation civics. If consumer reports to be believed, it showed a shocking failure rate. Reportedly a very high figure of replacement happened in hybrid batteries in California alone.

Factors Responsible for This Failure

One of the main causes of battery failure is undercharging, as it had been noticed. The company blames the driving style of people who frequently stop and drive while keeping the ac on during hot weather.  It can leave the hybrid battery in a low charge and gradually contributes to the battery failure.

To ensure long battery life, a hybrid battery should be always maintaining at least 50 to 60 percent of charge. This requires frequent driving of the car to keep the battery on. If the car lies idle more than one month, the battery will naturally go slow.  Moreover, if the battery is not charged for more than three months, it will not be able to accept the charge and will die a slow death.

If the car met with an accident and needs repainting, then it could also cause the damage to the battery. Because there is much heating involves in the repainting work. Often the oven temperature goes high and it spoiled the battery.

The Honda restructured the IMA battery control software. The solution involves upgrading your car to a Honda showroom with this software. It will be done free of cost.  It is a process to minimize the impact on the battery.

Many Honda owners complaints about post-upgrade that there is acceleration problem and it does not help in fuel saving. Barring these exceptions, this measure gave great respite to the all Honda civic owners to extend their battery life and save from costly replacement.

The Honda gives an extra 12 months warranty to their IMA battery taking into consideration the high failure rate. If the battery is in the warranty period, your dealer will not charge anything in replacement.

Your Honda car has got a self-diagnostic feature that can detect any problem that is likely to come.  The IMA feature a warning light which will tell you if your car battery is experiencing any problem. Several such Honda scan tools are there which can read and detect any problem.

Nowadays the process of hybrid batteries has gone down and you can think of a replacement at any time. If your own car less than 5 years old and you have covered less than 100,000 miles, then there is nothing to worry. But if it has passed 5 years, then you should start thinking about a replacement. Even replacing a single battery can keep your car functioning on the road.

Replacing outside your warranty will cost you more and at the same time, you may not get a very high-quality battery for your car. So, you can rely on an experienced supplier like us to extend your Honda hybrid battery life by way of our reconditioned battery.

HOW A RECONDITIONED HYBRID BATTERY SAVES THE ENVIRONMENT!

Many people give thumbs up to a hybrid vehicle and it is for several...

END_OF_DOCUMENT_TOKEN_TO_BE_REPLACED

People who use hybrid cars and batteries are eco-conscious because...

END_OF_DOCUMENT_TOKEN_TO_BE_REPLACED

International Shipping:
will be calculated after your order is submitted